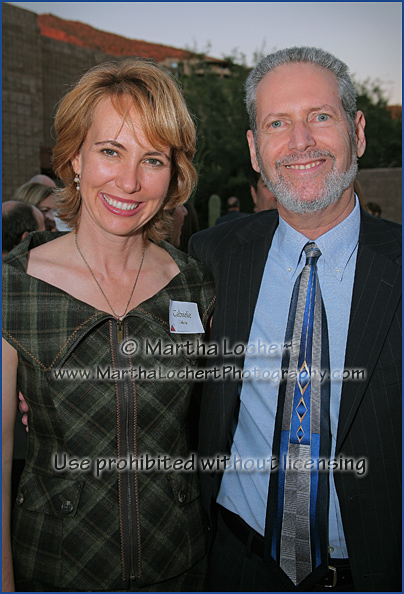 It’s Sunday January 9, 2011 and approaching the end of a very sad weekend in my city of Tucson, Arizona.

Yesterday a twenty-two year old shot our state representative Gabrielle Giffords in the head from point-blank range at a community meet-and-greet she held in front of a local Safeway store. After shooting her he open-fired on the attendees standing nearby, hitting eighteen, six of whom died, including a nine-year old girl who had just been elected to her school’s student council and a Federal Judge, John Roll, who had just stopped by on his way home from mass to say hi to his friend Gabby.

At this point doctors are cautiously optimistic for Rep. Giffords’ recovery from what they refer to as a “through and through” bullet wound. Nine others are also hospitalized, many of whom are in critical condition as well.

Though the shooter appears to be mentally unstable, it doesn’t change the fact that our talking heads and so-called political talk show hosts need to hold themselves accountable for the hatred and division which they have created over the recent years. You and I might be able to disseminate their opinions from fact and keep a level head about how to become involved civically to change what we don’t like, but those with mental conditions are hearing the same vitriol while functioning with diminished capacities for civil and respectful behavior.

The words we say matter. The behavior we exhibit matters. The influence we have is far-reaching without our knowledge, so we must be mindful. As our Sheriff Clarence Dupnik put it yesterday in his press conference, “free speech comes with consequences”. Those in the public arena especially need to be mindful that their voice will be heard by both those with rational minds and by those without.

In the meantime, may all those who lost loved-ones in yesterday’s tragedy find solace. I am hopeful that through God’s grace and the joint prayers and positive energy of our community members Gabrielle Giffords will recover and go back to doing what she loved doing – participating in her community in an open and accessible manner – as is captured in the photo above of  Hillel Levy, executive director of the Handmaker Foundation with Gabby – taken at a fundraising dinner for Handmaker Services for the Aging.

Image copyrighted. Any use prohibited without licensing.