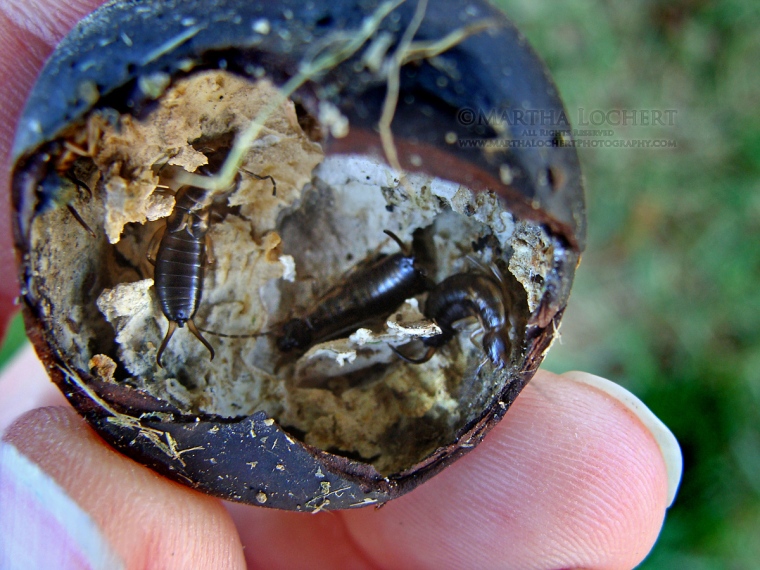 The Buckeye is the state tree of Ohio. The nut, by many locals, referenced as: The Buckeye; a worthless nut.

For the most part that is pretty true. The seed is poisonous to humans in its raw state and the only wildlife that eats it is the squirrel. But historically, it was anything but useless.

According to Kathy Keatley Garvey, http://ucanr.edu/blogs/bugsquad/index.cfm?tagname=California%20buckeye native Americans learned to use the nut for food by pounding the seeds into flour, removing their toxic saponins by leaching, then cooking before eating. The Costanoan and Kawaiisu tribes used the seeds as a suppository for hemorrhoids. The Pomo made a poultice from the bark for use on a snakebite. Other tribes mashed buckeye nuts and poured them into pools to stupefy or kill fish.

Learn more about the tree at: http://www.illinoiswildflowers.info/trees/plants/oh_buckeye.htm

On the day we came upon this Buckeye tree, most of the nuts had dropped from the tree. There were some that were intact, which I kept as a memento of the trip. This one, however, was not a keeper. The bugs had made their way in from some cracks and were devouring the seed within.

Image copyrighted. Any use requires licensing from Martha Lochert.